The third and final volume of Stephen King‘s trilogy featuring retired-cop-turned-private-eye Bill Hodges, End of Watch, was published in the UK on the 7th June 2016 by Hodder & Stoughton. After a breathtaking second tome, Finders Keepers (read our review in French here), which presented itself as a mix of crime and suspense novel spanning three different periods of time and paying homage to american literature in a Misery or even Hearts in Atlantis kind of way, the master of horror brings Hodges’ adventures to an end with a story with clear supernatural overtones.

A Stephen King novel with an old fashioned spin

King dedicates End of Watch to Thomas Harris, one of the crime novel masters, and readers will be able to find Harris’ influence and few references to his novels throughout the book. Though a mere parallel can be drawn between Brady Hartsfield, aka The Mercedes Killer and Harris‘ notorious serial killer Hannibal Lecter in the sense that they are both masterminds, their respective personnalities are way different, the forensic psychiatrist with a cannibalistic habit being more refined and pragmatic than the failed high tech devisor the Mercedes Killer always was. This particular point (Hartsfield’s failed ambitions as an high tech genius), takes center stage in this third volume as the supposedly brain damaged killer sets up a deathly trap to kill more and get his revenge on Hodges by using seemingly inoffensive outdated video game consoles. This old fashioned plot is a bit reminiscent of Gillian Cross’s novel The Prime Minister’s Brain (1985) or of Star Trek: Next Generation‘s episode “The Game” (1991), which had the entire Enterprise’s crew hypnotized by a video game. There’s an old fashioned charm to this story, making the reading of King‘s new novel all the more enticing.

Whereas Finders Keepers was mainly centered upon the opposite personalities of literature lovers Morris Bellamy, a cold-blooded killer and Pete Saubers, an eager and honest teenage reader, End of Watch brings back the classic cat-and-mouse game between Hartsfield and Hodges to the front. If Stephen King seemed to be more interested in Bellamy and Pete Saubers in the previous volume, leaving Bill Hodges somewhat under-employed, the author definitely remedies to this by placing the retired cop at the heart of the novel, which totally makes sense since this is the end of the Hodges trilogy. Kermit William Hodges will have to outwit Brady Hartsfield while fighting what may be his worst and last enemy: pancreatic cancer. Hodges’ health condition increases the tension of King‘s suspense-packed narrative and also makes for a good noir novel, although the label “hardboiled fiction” might not be entirely fitting. While the master of horror confessed in 2014 the trilogy’s first volume, Mr. Mercedes, was his “attempt at hardboiled fiction”, Hodges quite straightforward personality makes it a lighter book than it could have been. Surely enough, the police veteran has his own demons: he used to be an alcoholic, which led him to divorce and near estrangement from his daughter, and Brady Hartsfield almost succeeded into driving him to suicide in the first installment. Also, as many genuinely talented detectives, he can be pretty obsessive when his intuition kicks in, which means he can get himself into trouble. However, though Hodges and his partner, Holly Gibney, often investigate on their own terms, without looking for police approval, the line between the former cop and the criminals he’s fighting is never blurred as is often the case in hardboiled fiction and its cinematic counterpart, film noir. Hodges is a true knight and one of King‘s most positive characters to date, which makes for a softer but nonetheless gripping fiction. If you prefer the author’s darker works, you may regret this particular bias, but his craft is still sharp enough to ensure a truly pleasant reading throughout the trilogy, although this last volume is far from flawless and, by some aspect, less convincing than Finders Keepers. Indeed, while the story remains intriguing, Stephen King also shamelessly resorts to some overused old tropes at different times, and most significantly during the final confrontation, making the conclusion not as mindblowing as it could have been. The 68-year-old writer, whose career runs the course of nearly five decades, knows better than that and seems fairly aware of these shortcomings, which he uses quite self-consciously. Should we call it laziness or a willingness to tell a classic crime story paying homage to the genre codes is up to debate, though it could be argued that End of Watch is not exactly your typical down-to-earth crime novel since Hartsfield new found telekinetic and mind control abilities are also making it a supernatural story – something King is renowned for. Also, you could expect the man behind so many brilliantly constructed works would not resort to an overused deus ex machina to rush the conclusion of such an involving  final confrontation.

But this is also where we are reminded how Bill Hodges and his partners Holly Gibney and Jerome Robinson will defeat or not the Mercedes Killer is not necessarily what matters most to Stephen King. Indeed, a recurring character line throughout End of Watch is ‘Don’t break up the band’, because Hodges, Gibney and Robinson are such a tight pack, and it’s fairly obvious since the first volume King has real tenderness for them. Although End of Watch is packed with suspense and centers very much on its supernatural plot, this is Bill Hodges’ story in the end, rather than Brady Hartsfield’s and the writer unexpectedly aims for a more subdued and intimate conclusion after a rather abrupt and straigtforward final confrontation that could have been more twisted and nerve-wrenching than it turned out to be. The book’s title refers to Bill Hodges’ lifelong career as an investigator (‘end of watch’ is a police term agents use in their reports to signify the end of their shift), but also hints at what may be the end of the line for him as cancer ravages his insides. In this crepuscular light, it’s only fair King focuses on Hodges and his endearing companions to give them a sense of closure. In this respect, he stays true to the positive characters and storytelling he created until the very sweet and moving last pages, which never venture into the realms of  tearjerk pathos, allowing us to somewhat balance our opinion about this unsettling conclusion.

It would be easy to claim End of  Watch belongs to Stephen King‘s weaker works, but you have to admire its straightforward, easy-going quality, which makes it the perfect book for summer reading without being what we could call a guilty pleasure. The author may have grown soft in some respects with this trilogy, but he still has a way with words, which makes up for a part of the old tropes used  to depict Hartsfield’s madness and the despair taking hold of his victims, which can come off as a bit strained at times. For instance, whereas readers may roll their eyes at Hartsfield’s choice of teenage victims, which include a gay lad rejected by his homophobic father, an overweight girl and a gentle student anxious about her grades, all of which sound too obvious and cliché coming from the man who wrote one of the very best novels about teenage angst (Carrie), the way the killer invades Barbara Robinson’s psyche is definitely worth reading, precisely because you could never see how he may convince such a balanced, happy girl to off herself. This is where Stephen King is at his best and what makes End of Watch a good page-turner. It also has to be noted that while Hartsfield develops telekinetic powers, he doesn’t go into full ‘Carrie mode’, which would have been a rather cheap twist and turn for a criminal formerly introduced to us as tricking his victims into mind games. Mind control is this decidedly wicked villain’s ultimate goal and the author doesn’t have to elaborate very much to explain why he came out to be a serial killer, since Mr. Mercedes gave us all his gloomy background story. One shouldn’t look for the disturbing quality found in much of King’s previous works, or even the uncanny feeling displayed by Morris Bellamy’s portrait in Finders Keepers, Brady Hartsfield being a pure villain for whom we never feel much pity, but if you’re looking for a straightforward and somewhat old fashioned crime novel, you will find End of Watch delightful.

A cohesive and endearing trilogy

In the end, the Bill Hodges trilogy turns out to be a more accessible body of work among Stephen King‘s fictions, one which allows him to revisit some of his favorite themes while trying his hand at what we could call broadly “hard-boiled fiction”, though the term would fail to describe the hybrid nature of this particular series. End of Watch, the final volume, brings back the Bill Hodges-Brady Hartsfield cat-and-mouse story to the front while highlighting the retired cop’s fight against his quickly worsening condition. This catchy race against time may suffer from some surprising old tropes King doesn’t bother to hide, the author has enough craft to let the readers hanging to his words, eager to learn how Hodges’ team will sort it out and there’s an indeniable old fashioned charm about the whole thing. If Bill Hodges is as stubborn and dedicated to his investigation as ever, his partner, Asperger Holly Gibney, definitely steals the show. One of King‘s most endearing female characters, she’s both quirky and relatable. Full of nervous tics and obsessions, she has come a long way since Mr. Mercedes and turns out to be the trilogy’s most moving and interesting character, up to the end.

We leave the Bill Hodges universe satisfied with the cohesiveness of the series and general outcome, although a bit frustrated by a final confrontation that could have been more inspired. The writer prefers to focus on Hodges and his team ultimately, because this is Hodges’ and Holly’s story, in the end. A story dealing with a difficult road of personal trials, enlightened by friendship. You wouldn’t expect a Stephen King novel to emphasize on the importance of friendship or self-esteem, and, while disgruntled readers may argue the master of horror has become a softie, he does so brilliantly, with a real tenderness for his characters, which makes up for the few narrative flaws and clichés. We won’t psychobabble on King‘s being finally at peace with his own personal demons, but there’s definitely a sweet and optimistic quality about his storytelling when it comes to Hodges, Holly and Jerome. A lighter series of books in his career, the Bill Hodges trilogy can also be a more easy-going introduction to Stephen King novels for new readers who might not be ready to confront themselves with darker works as a start.

+1 On partage, on commente 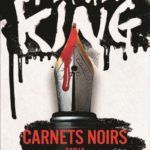 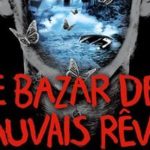 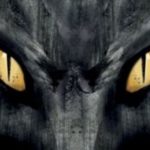 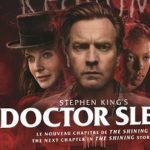